No-Name Chorale began in 2014 with artistic director and founder, Andy Jensen in Belleville, IL. The mission of this volunteer community choir is to create meaningful shared experiences through the art of choral singing and to cultivate an appreciation of choral music in new audiences by presenting fine-art music in an approachable, welcoming manner. As a project-based ensemble, there’s no set roster of singers and concerts are entirely concept/repertoire driven. Since each project is different, NNC has done chamber concerts with 16 SATB singers, larger choruses of 50+, and for the 2019 IL-ACDA Fall Convention, a program of TTBB glee club favorites. In the beginning, NNC only functioned during one week in the summer, but through these brief concert cycles strong relationships were built and the demand to sing together grew. No-Name Chorale is now a firmly established part of the St. Louis choral scene and continues to fulfill its mission by offering a full season of free concerts designed to share the joy of inspired choral singing with each other and the St. Louis/Metro East community. 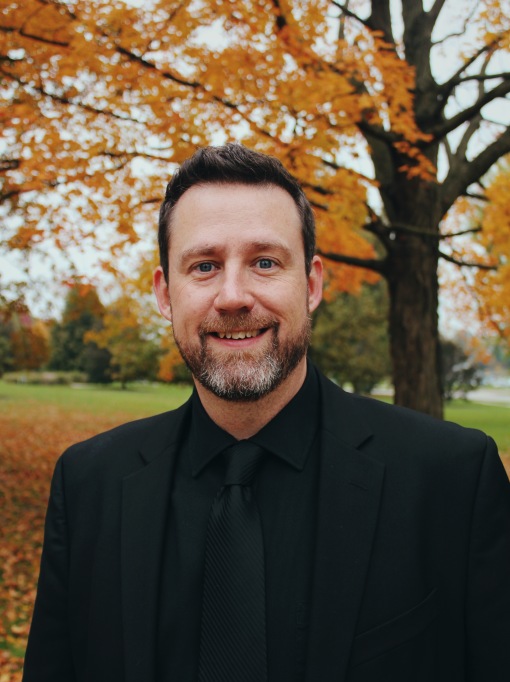 A native of central Illinois, Dr. Andy Jensen began teaching at Southwestern Illinois College in the fall of 2011. As Associate Professor of Music he conducts the Concert Choir and Chamber Singers in addition to teaching Music Appreciation, Private Applied Voice, and Music Literature. He served in a similar capacity from 2008-2011 at Arkansas Northeastern College. In addition to his duties at SWIC, Dr. Jensen serves as the Director of Music Ministry at First United Presbyterian Church in Belleville, IL, Artistic Director of the No-Name Chorale, a project-based ensemble including singers from the greater St. Louis metro area, and maintains active membership in the American Choral Directors Association. He remains an active tenor soloist and has been a full member of the St. Louis Chamber Chorus since 2011, assuming the additional role of Assistant Conductor in 2018. When not making music, Andy enjoys playing video games with his sons, James and Eli, eating spaghetti and meatballs prepared by his beautiful wife, Cathy and writing about himself in the third person. 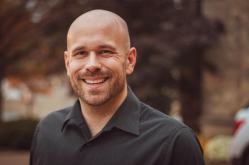 Chip Belpedio was born and bred in St. Louis going to Cardinals home games, exploring beautiful Forest Park, and eating an inadvisable amount of Imo’s pizza. He has been singing with choirs for as long as he can remember, which is longer than you might think.

Chip earned his Master of Music at the University of Colorado in Boulder, where he was director of “The Renaissance Project” and assistant director of “The Boulder Chorale.” He also holds a Bachelor of Music in vocal performance from Washington University in St. Louis, where he directed and composed for student groups “The Stereotypes” and “More Fools than Wise.”

After briefly serving as a music educator in the Parkway Schools, Chip decided to pursue his other passion, software design, which he describes as “like writing music, except the choir is a computer, and it actually follows your directions.”

Chip now works as a software engineer at LockerDome, based in downtown St. Louis. In addition to performing with No Name Chorale, he also sings with The St. Louis Chamber Chorus, and he (with his husband Tony) continues to eat an inadvisable amount of Imo’s pizza. 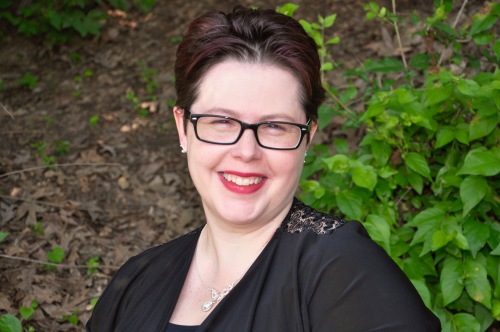 A central Illinois native, Rachel Robison has been a singer and musician since early childhood. She now resides in St. Louis with her husband, Jason. In addition to her involvement with No-Name, Rachel is a member of the St. Louis Chamber Chorus and the American Chamber Chorale. She also serves as the ACC’s librarian and administrator and is a member of their Board of Trustees.

Rachel holds a Master’s degree in health administration from Webster University and is a 20-year veteran of the SSM Health Cardinal Glennon Children’s Hospital Foundation. Her non-musical interests include reading, creative writing and superhero movies. 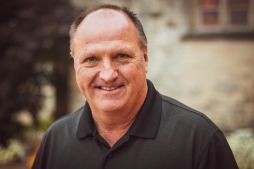 One of nine children, Dick Deitte was born and raised in Fond du Lac, Wisconsin. Growing up he sang regularly with his family and soon Dick found himself performing with his eldest sister for a variety of public functions. In 1983 he was married to his wife Kathryn and a year later they moved to St Louis. Dick has been singing in his church choir for nearly thirty years and has been a member of the St. Louis Chamber Chorus since 1993. Just in the last five years he became familiar with the No-Name Chorale and is very excited about the growth and opportunities the choir presents. In his spare time you might find Dick cooking, golfing, singing, having a great glass of wine with his lovely wife Katy, or enjoying his three children and one grandson. 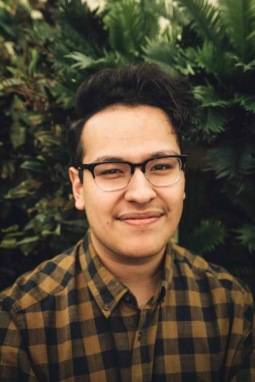 Cristian Larios (b. 1996) is a composer, conductor, vocalist, and educator from Joliet, IL. He has been an active member and advocate of No-Name since 2016. Larios currently serves as choir director at Plainfield North High School.

As a composer, his music has been performed by the Illinois State Madrigals, The No-Name Chorale, SWIC Chamber Singers, the LaSalle-Peru Chamber Singers, and has been featured at the REDNote New Music Festival. In 2019, Cristian was accepted as a fellow for the PREMIERE|Project Festival in collaboration with Choral Arts Initiative. Larios has also collaborated with the School of Theatre and Dance and Kristin Schoenback on Ellen Mclaughin’s, Oedipus. Cristian enjoys the collaborative process and is always looking for new adventures and challenges. Larios graduated from Illinois State University with a Bachelors of Music Education and a Bachelors of Music Composition. He is avid supporter of flannel, flowers, and the sparkle emoji.